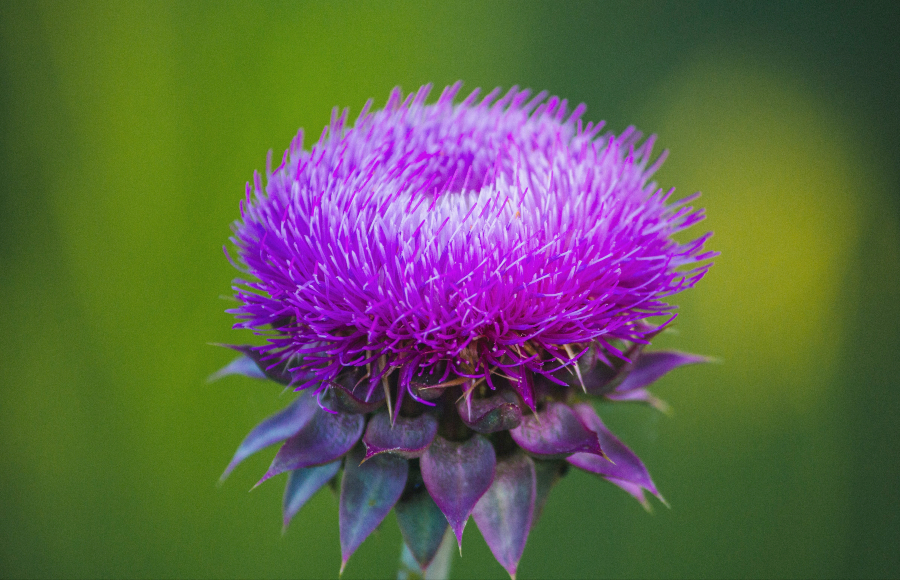 The Benefits Of Milk Thistle

Milk thistle sounds like an ancient tincture and, in fact, it has been used for more than 2,000 years as a medicinal plant to treat certain conditions. But does it have any proven benefits? With many people looking to herbal remedies for natural solutions to common conditions, or in an effort to relieve symptoms, we wanted to take a closer look at milk thistle. Here's what we found.

What Is Milk Thistle?

Milk thistle, sometimes known as silymarin, is a plant native to Europe. It is now found around the world, in North and South America, Africa, Australia and Asia, thanks to travellers bringing the plant with them on their travels.

What Is Milk Thistle Good For?

Historically, milk thistle has been used to treat liver disorders and gallbladder problems. There have been various studies into milk thistle and its ability to assist in the treatment of certain conditions, however there has yet to be conclusive proof of its efficacy.

It should also be noted that taking milk thistle should be avoided by those who have allergies in the same plant family, such as chrysanthemum, daisy, marigold, and ragweed.

Why Is Milk Thistle Considered A Good Natural Remedy?

Milk thistle is often considered to be a good natural remedy because of its antioxidant and anti-inflammatory properties. Since many issues in the body are the result of an inability to deal with toxins, which can lead to inflammation, these two properties are highly sought after.

Although there is no conclusive proof of the benefits of milk thistle yet, studies have led to some enticing indications of its benefits in various parts of the body and with certain conditions.

Some of the possible benefits of milk thistle include:

Milk thistle may be an effective herbal remedy for conditions that cause liver problems, or result from issues with the liver, such as fatty liver disease, hepatitis and cirrhosis. When consumed, milk thistle binds itself to the outside of liver cells, which can help them fight off toxins, thus protecting the liver from further damage.

Milk thistle is also considered by some to be a herbal remedy for hangovers. The theory is that by protecting the liver, milk thistle alleviates the effect of alcohol on the liver. However, there has been no research to suggest this is true or that milk thistle helps ease a hangover.

The benefits of milk thistle for the kidneys are similar to those for the liver, providing protection for the cells. Milk thistle is also thought to assist with the repair and regeneration of kidney cells.

A study of the effects of milk thistle on diabetic kidney disease (nephropathy) found that there was evidence it could be used to increase antioxidant potency and improve renoprotection – protection of the kidneys from damage.

This finding could also be applied to cirrhosis, where scarring of the liver causes long-term damage, and milk thistle may be able to help slow progression of the condition. Though again, study evidence is limited.

As a source of antioxidants, milk thistle could help protect us from damaging free radicals, which most of us come into contact with on a daily basis.

A study into milk thistle's impact on milk production in postpartum women found there was a marked increase in the amount of milk they produced. They found “daily milk production averaged 200 mL in the treated group and 115 mL in the control group”.

This research is interesting and potentially valuable for those whose milk production is insubstantial for their child's needs – especially as the increase in production does not lead to a change in the breast milk's composition. However, a GP or medical professional should be consulted before taking a herbal remedy.

Milk thistle supplementation should be used with caution, as any supplement should. If you have a liver problem, consult your doctor before adding any new herbal remedy to your prescribed medication.

Side effects of milk thistle consumption can include:

You should be careful not to take more than 1200mg per day, as this can cause toxic effects.

The products offered are not intended to diagnose, treat, cure, or prevent any illness or disease, or replace the advice of a medical professional. Results are not guaranteed and may vary from individual to individual.

Any questions? Call us now on:

Or email us at: